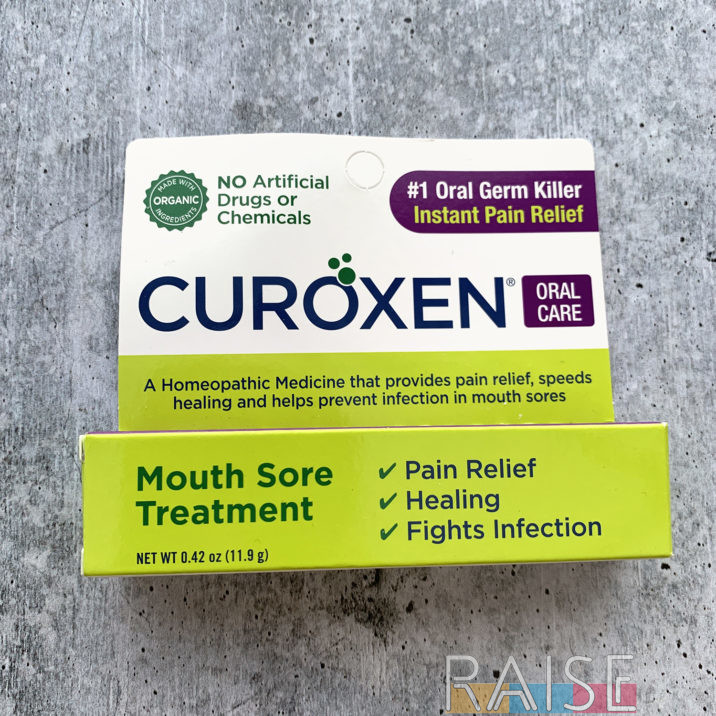 Are you familiar with the brand Curoxen? In my humble allergic-to-everything opinion, these guys are amazing. In addition to the Oral Care line, they have other items as well, including an ointment for cuts. I’ve used the ointment on the few occasion that I’ve needed it without issue. If you are severely allergic to corn like myself, Curoxen is the brand for you.

At Expo West, we met up with them again and had such a nice chat. They sent us home with this sample of the Oral Care to try. I was quite excited about this new product, as items such as Ora-jel are a no-go if you have a severe corn allergy.

I won’t lie, it took almost three months before we had a chance to sample this. However, when the day finally came, I was SO excited. Kid Three was complaining about a problem in his mouth, and I was giddy. I went on and on about how great the company is, and how the product is so clean, and that it’s just right for someone like him… Just wait until you read his review.

Within a week or two of him using it, the BIG day finally came: I needed to use Curoxen Oral Care. As you can imagine, I was smiling thru the pain and super excited because I had something to use, no matter what Kid Three had to say…

Kid Three: Personally, I didn’t feel it was such a big deal that this was free from so many chemicals, even though you were so excited about it. I know I should care though. When I used it, it totally reminded me of Orajel. It tasted like Orajel, and it felt like Orajel, but it didn’t help my mouth at all like Orajel. It didn’t make my mouth numb like normal, so I would say it didn’t work.

After writing his review, has asked me if Curoxen cost more than Orajel. On Amazon, the Orajel that we purchased was $7.39. Curoxen Oral Care is listed for $12.99. He thought we should share that information with you.

Side note. After this, I overheard him complaining to Karlton that I never buy “the good stuff” which in my defense isn’t true. I’m of the mindset that I want to try the all natural/organic option first. IF it doesn’t work, then I’ll happily buy something else, hence, the Orajel in their bathroom.

ME!!! That’s Right. I finally get to really review something!!

So I’ve got this problem with my teeth which we won’t get in to too much today. I may do a whole dental write up, or podcast, on the topic next month. Just know that there’s an ongoing issue that comes and goes, and finally got fixed for a second time…

When my mouth was flaring, completely unrelated to food I had eaten (as in an allergic reaction, which sometimes happens), I had Kid Three bring me the Curoxen Oral Care. He was so kind to bring me Q-tips as well, which I declined, as I have organic ones (he thought that was way cool). At first glance, the color is a bit green tinted. It’s rather runny (I was expecting something more like a paste).

I applied some Curoxen Oral Care to the cotton swab then slathered all over the effected area of my mouth. I used this product a few times a day for several days. It WORKED. It wasn’t super long lasting, so there were days when I reapplied it after 90 minutes of use. There were a few times when a drop would touch my throat and it HURT. But honestly, none of that matters to me because IT WORKED. In addition to the Curoxen Oral Care, I avoided certain foods that intensified the pain for several days and kept to soft foods and liquids to allow that part of my mouth to have a break. I can now report that things are just about back to normal and I’m a forever fan of the Curoxen Oral Care. 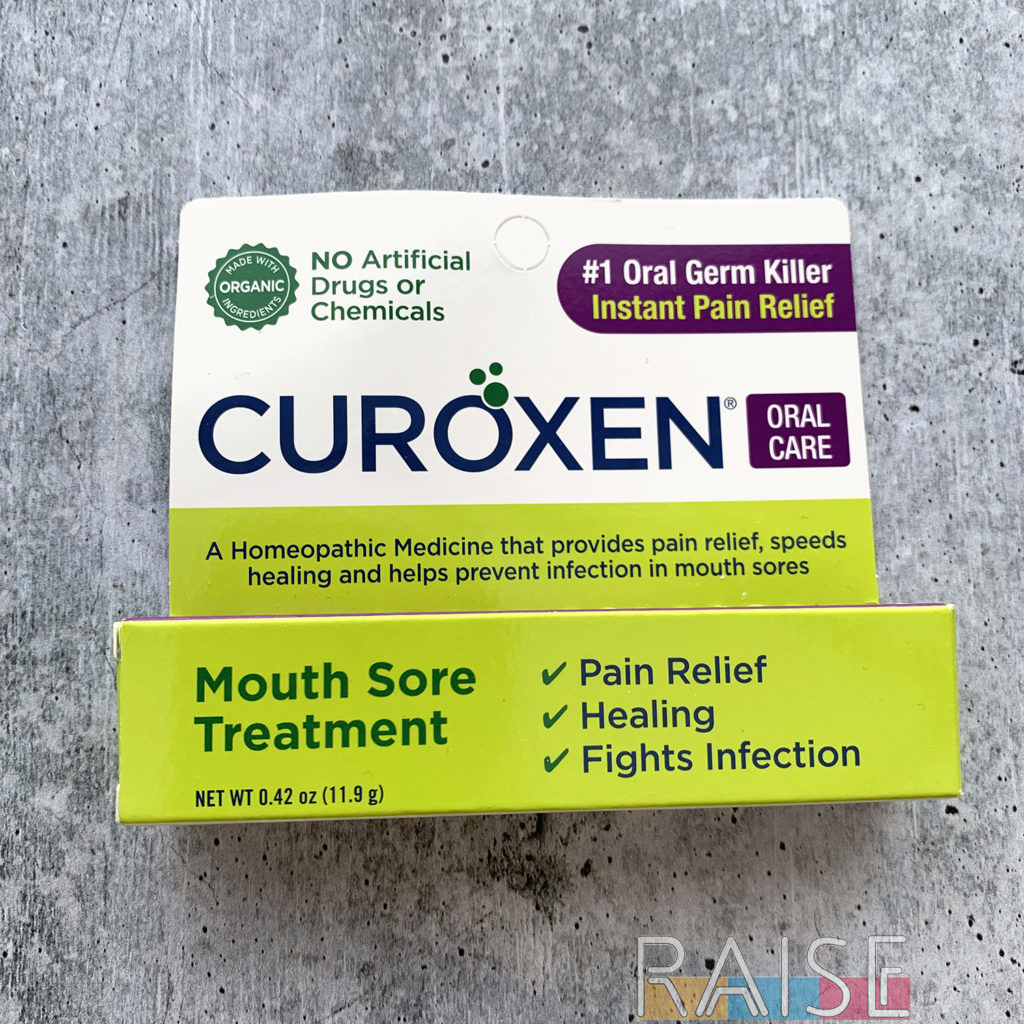