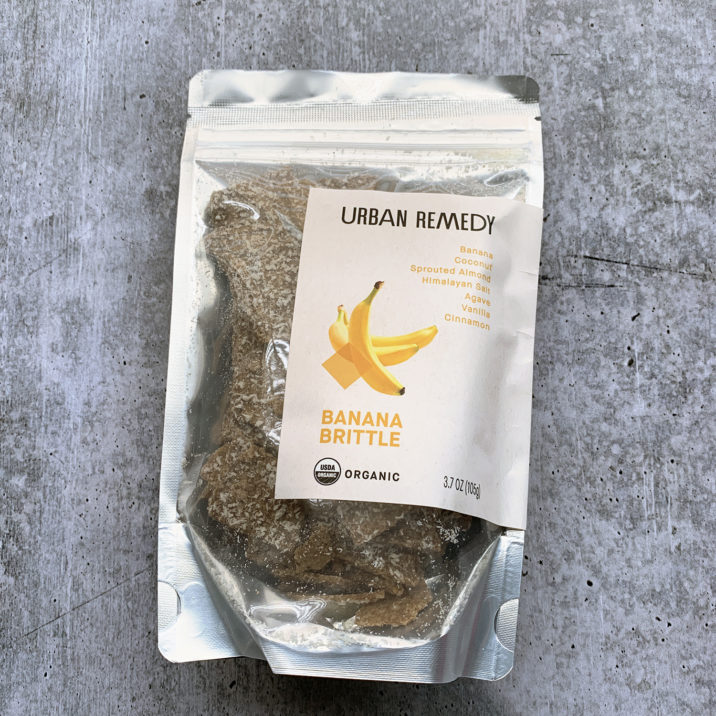 These Urban Remedy Banana Brittle chips were given to us at the Nourished Festival in San Diego to sample. The all organic ingredients are: Banana, Coconut, Sprouted Almond, Himalayan Pink Salt, Agave Syrup, Vanilla Extract, Cinnamon Powder.

Here’s What The Kids Have To Say

Kid Two: I like these. They taste like a good banana cracker. I also like that they don’t taste synthetic. A lot of banana flavored items do, but these are authentic. I’m only picking up on the coconut a little bit. I’m really loving the explosion of banana flavor with each bite. The also have a great texture and thickness. I would eat them if you bought them, but not a case.

Kid Three: These taste like legit banana crackers. They are heavy on the coconut for me, which I personally don’t like.

Kid Four: It’s good. They have a nice crunchy texture, and it really tastes like banana. Nothing fake. I wouldn’t eat a case though.

My Thoughts: While I can’t personally eat these, I want to try them as a crust for a chocolate pudding/pie in the near future. The kids seemed to like that idea quite a bit. 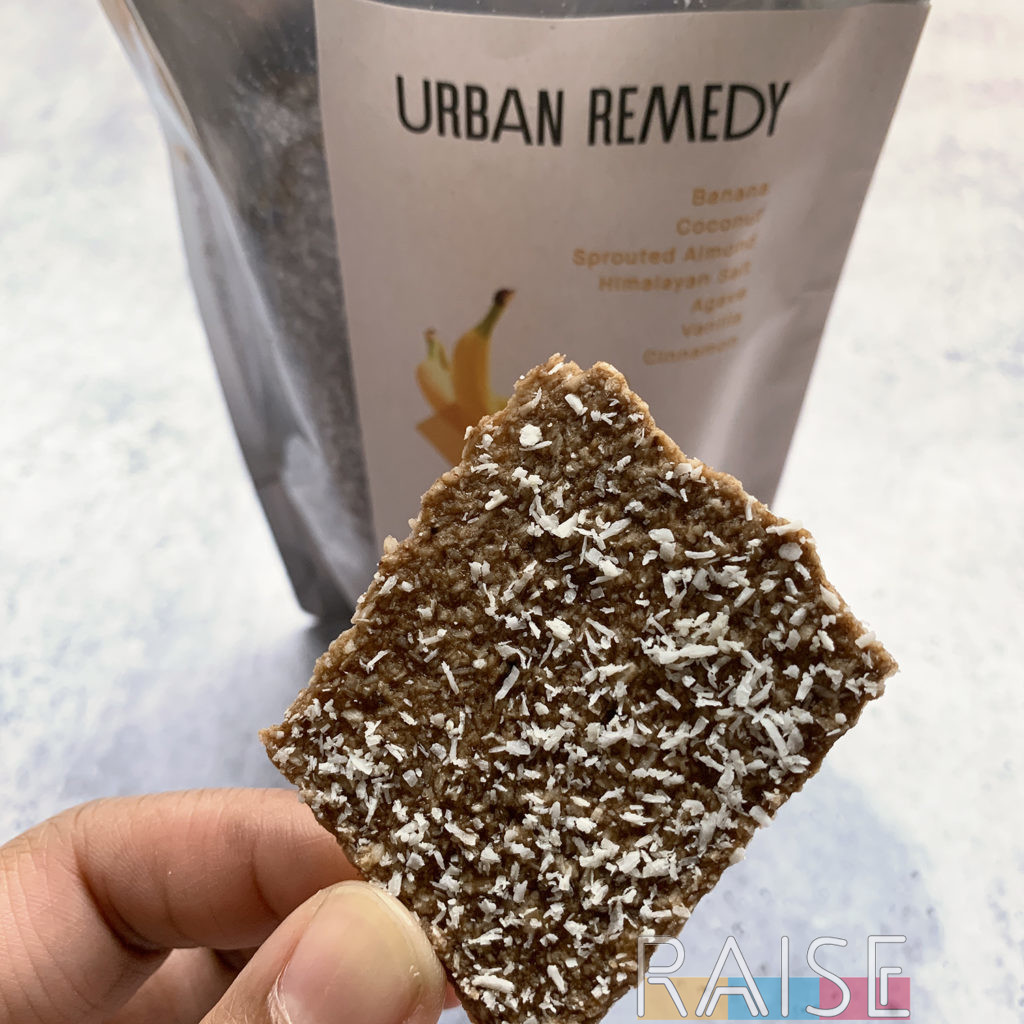