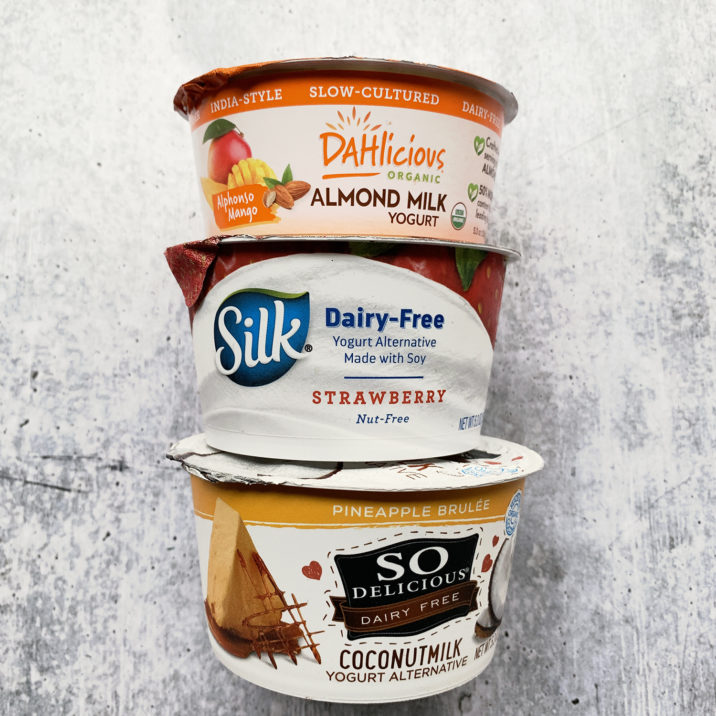 Today for review we have three new dairy free yogurt products that I found at Rainbow Grocery in San Francisco. Each brand has a wide range of flavors available in addition to what we’re reviewing today. We have several tasters that will be giving you feedback, and spoiler alert, they have so many good things to say!

The Papa: After taking a bite, he gave me a thumbs up and said it was OK. So I asked “It’s so good that you’d rather eat this than what I get for you at Costco?” and he replied with a quick NO. With him, I’ve learned to ask how he likes things in comparison to what he’s use to. However, he also said that he wouldn’t eat the Costco yogurt (plain) without fruit added.

He went on to tell me that the texture was good, and for what it is, it’s a good option for people who need it.

Kid Two: This is really good! The kids were asked to guess what the flavor was, and he guessed peach, and a few other things that were quite off the mark. Once he knew it was mango, he tried it again and said it did indeed taste like mango.

Kid Three: After guessing a few different flavors, once he knew it was mango, he could finally taste it. After tasting everything, he determined that this was his favorite of the flavors, and says it’s partially due to the chunks of mango added.

Kid Four: Nectarine and peach were the guesses for this kid. Like everyone else however, she agreed that it tastes like mango, and she really did enjoy it.

The Papa: After another thumbs up, he said that he prefers this one to the mango. The texture is better.

Kid Two: Wow! This one screams strawberry. The flavor is very present and the texture is really good.

Kid Three: This one is really good. I agree with Kid Four, it does taste like the yogurt tubes we buy.

Kid Four: This one is good too. It reminds me of yogurt tubes, in a good way (referring to dairy based flavor yogurt). 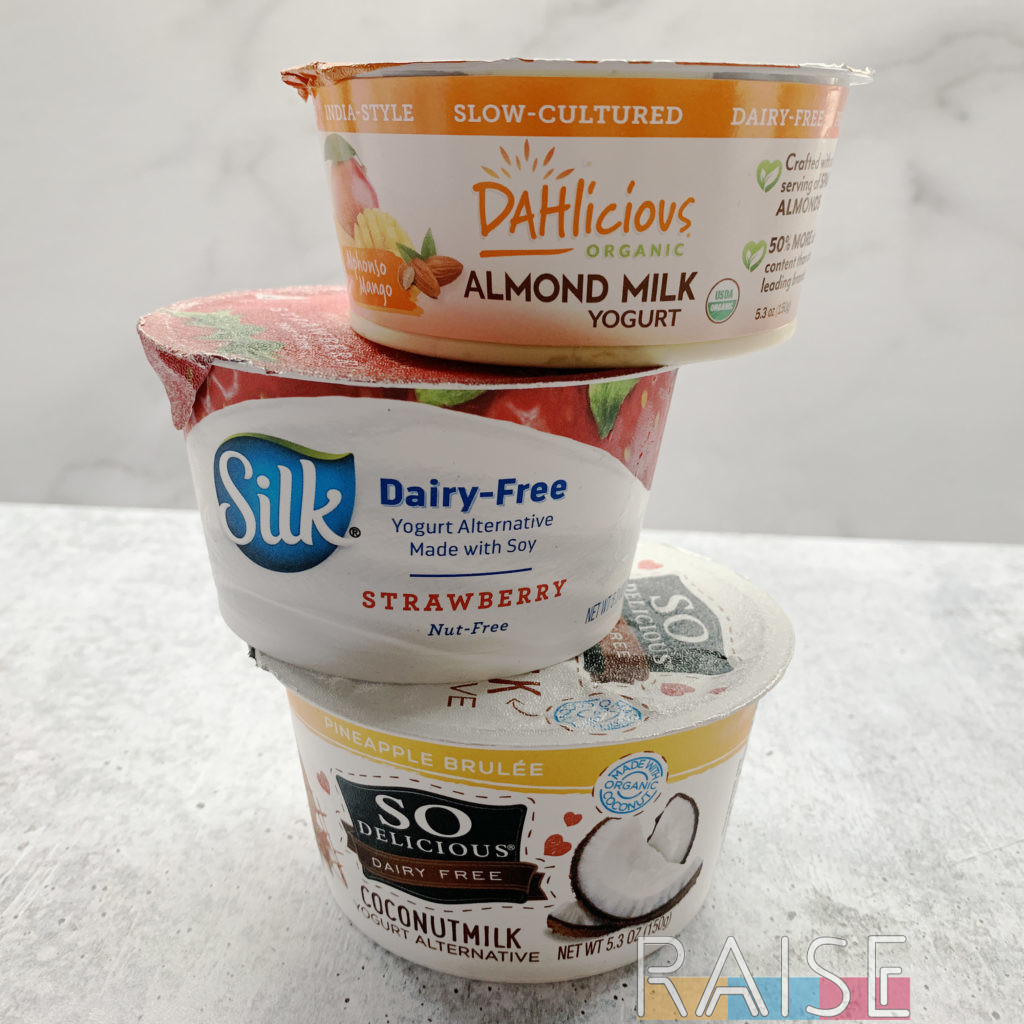 The Papa: Allergic to coconut

Kid Two: This one is really good! The texture is great and so is the flavor. It’s going to be really hard to decide which one I like the most out of these three. I think it’s this one?

Kid Three: No thanks. I don’t like coconut, and I don’t like pineapple. The texture was OK, it’s a bit runny in my opinion.

Kid Four: Super YUM! This is my favorite out of everything we sampled today. I actually like this one better than the regular yogurt we have (she has access to plain dairy based yogurt). There’s something so familiar about this flavor. I don’t quite remember where I’ve had it before, but I think that’s why I like this flavor so much.

Overall, all three options received very high praise, much more so than other dairy free yogurt flavors they’ve tried before. I took the time to question them about the texture quite a bit, as that can be a real deal breaker when it comes to dairy free yogurt options. In my personal, non-sampling opinion, the Dahlicious is the real winner, as it has the cleanest ingredients. All too often, allergy friendly products read like a science experiment, and this label didn’t.

As always, be sure to call companies and ask about ingredient sourcing and facility/line status before trying something new if you’re living with severe food allergies.

Corn Free Course 4/25: How To Thrive When Corn Free

**Community Resources in response to Covid-19**