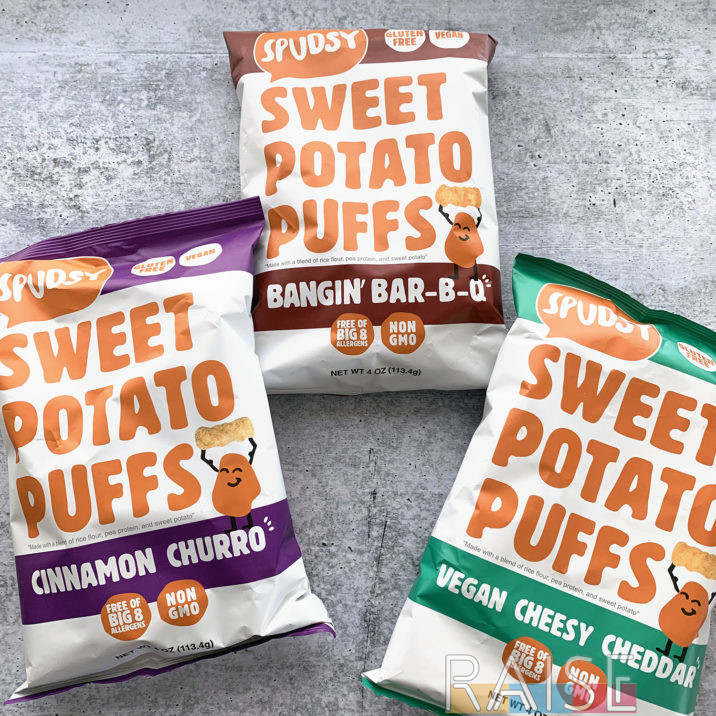 Each time I find a top 8 allergy free product made on dedicated equipment, I do a serious happy dance. Spudsy Sweet Potato Puffs currently come in 3 flavors, and are made on top 8 free equipment in a top 8 free facility.

If you’re missing the joy of a puffed cereal, be sure to try the Spudsy Cinnamon flavor with  safe milk. You won’t regret it it. If you need a safe chip to dip into your chili, may I recommend the vegan cheese flavor? Kid Two did that recently and loved it.

Honestly, I’m just so thrilled to share another top 8 free find with you guys. So, let’s see what the kids had to say about Spudsy snacks.

Kid Three: Tastes like I’m drinking maple syrup. It’s way too melt in your mouthy for me, almost in a cotton candy way. There’s a little powder left to let you know you ate something. I really just tasted maple syrup. It’s really good but I wouldn’t eat it a lot because it has an overwhelming maple taste.

The Papa: Interesting. It’s rather unique. It’s like a cinnamon churro version of a cheese puff. I think they’ve accomplished their goal. I like it… I’d eat them.

Guest: It’s amazing and I can’t get enough of it. No allergies, eats everything 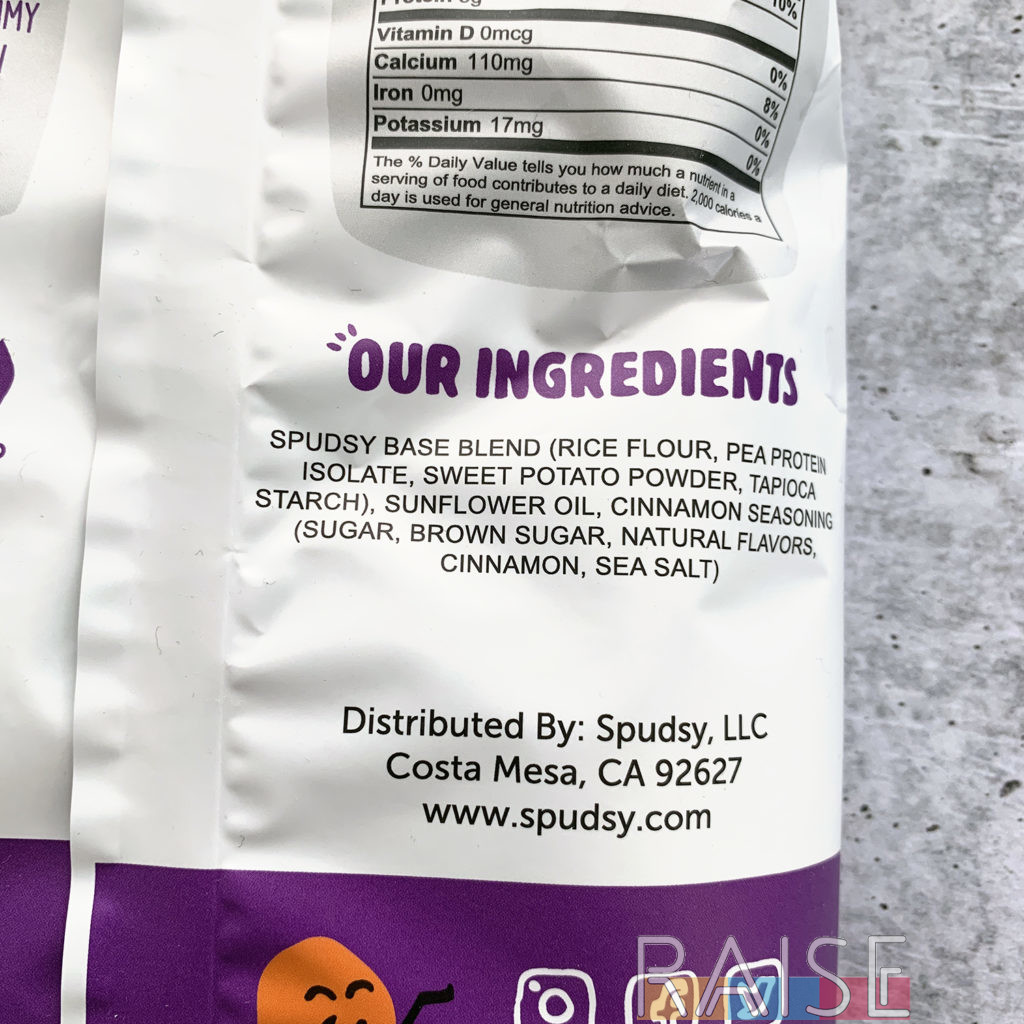 Kid Two: It does smell like Bar-B-Q. I hope it’s not spicy. They did a good job. It has so much bbq flavor. My tongue is so sensitive. I’m usually very picky about bbq, and the couldn’t have made the bbq any better. It’s not spicy, it’s just perfect.

Kid Three: It has too much of a very specific flavor that makes it tastes off. I think it’s the vinegar. It’s making the whole bag taste off just enough that you need to eat another one and another one. So I’m not sure if I like it (as he grabs another handful). When I ate two at once it tasted WAY better and it balanced out perfectly.

Kid Four: *makes a nasty face* It tastes like vinegar, too much vinegar. Continues to eat them, then says my precious (when Kid Three asked for the ones in her hand). Agrees that two at once is better. (she kept eating them and licking her fingers)

The Papa: As a BBQ lover all I can say is “May I have some more please?” 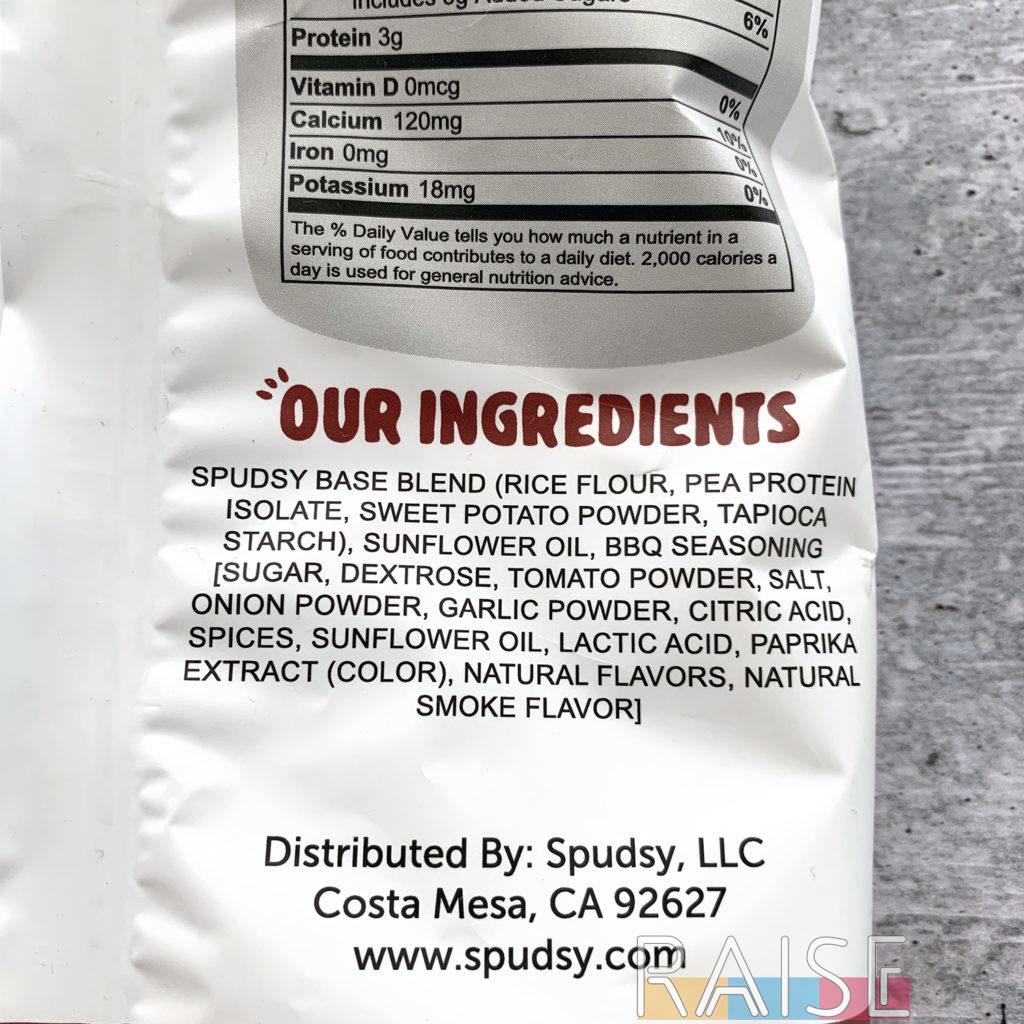 Kid Two: I love these, especially when they’re opened fresh. I enjoy cheese tastes (one of my favorites) and they did a great job making it taste like cheese. It looks like everyone can enjoy these, even someone without a dairy allergy. Honestly, all three flavors are addicting.

Kid Three: It smells like cheese. Oh my goodness!! It tastes like the gouda cheese block and I could eat it straight. This is my favorite, and now I really want some gouda cheese.

Kid Four: Mmm. Tastes like that cheese Kid Two has (maybe the gouda?) It is scrumpdidiliumptious.

The Papa: They’re good.I think it’s kind of a classy version of a cheese puff. As someone who can eat just about anything, I can honestly say that I’m very pleased with all three flavors. Would I eat them? Sure. 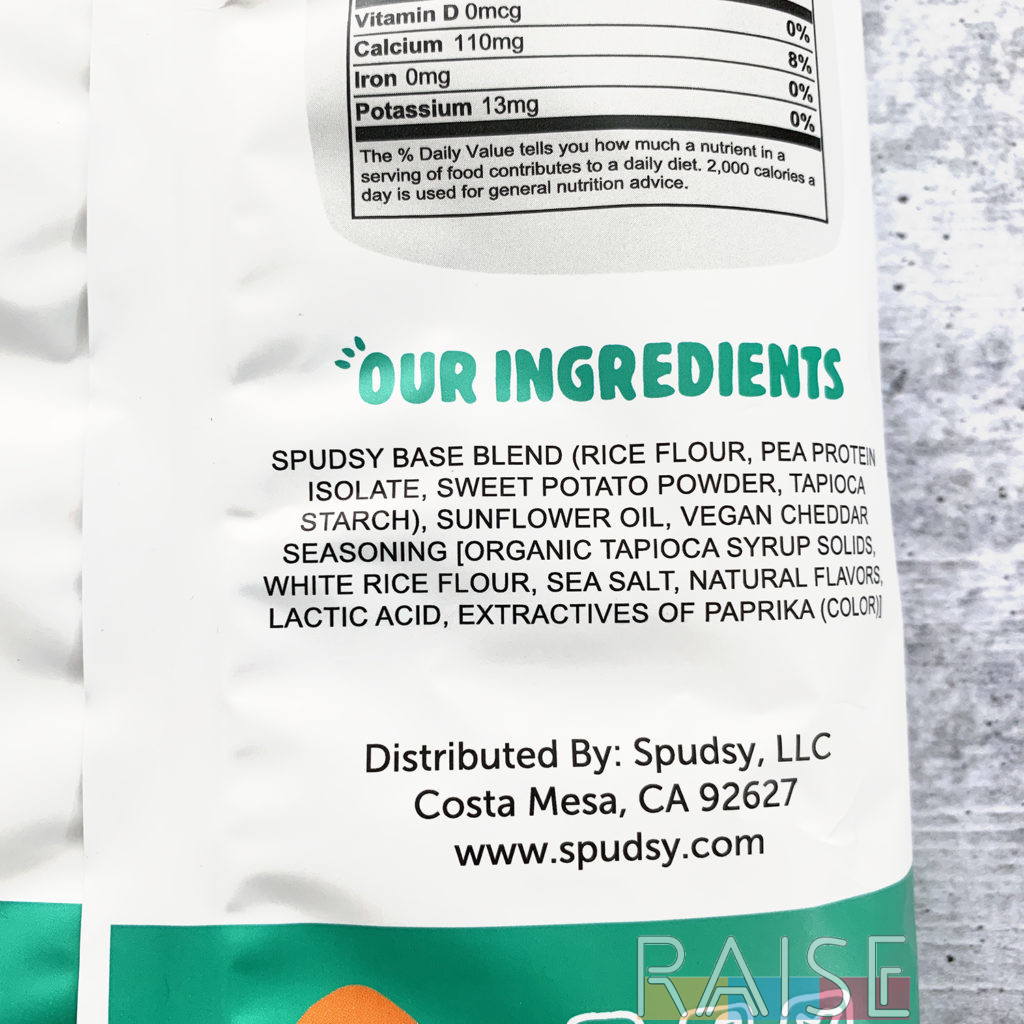 Clearly these are a great product. The kids had a guest over who was able to sample the first flavor and they enjoyed it. To top it off, The Papa also really liked these snacks. Anytime he likes something that’s created for the allergy community, it’s a BIG deal.

If you’re able to have the ingredients in these snacks, be sure to try some asap.

**Community Resources in response to Covid-19**